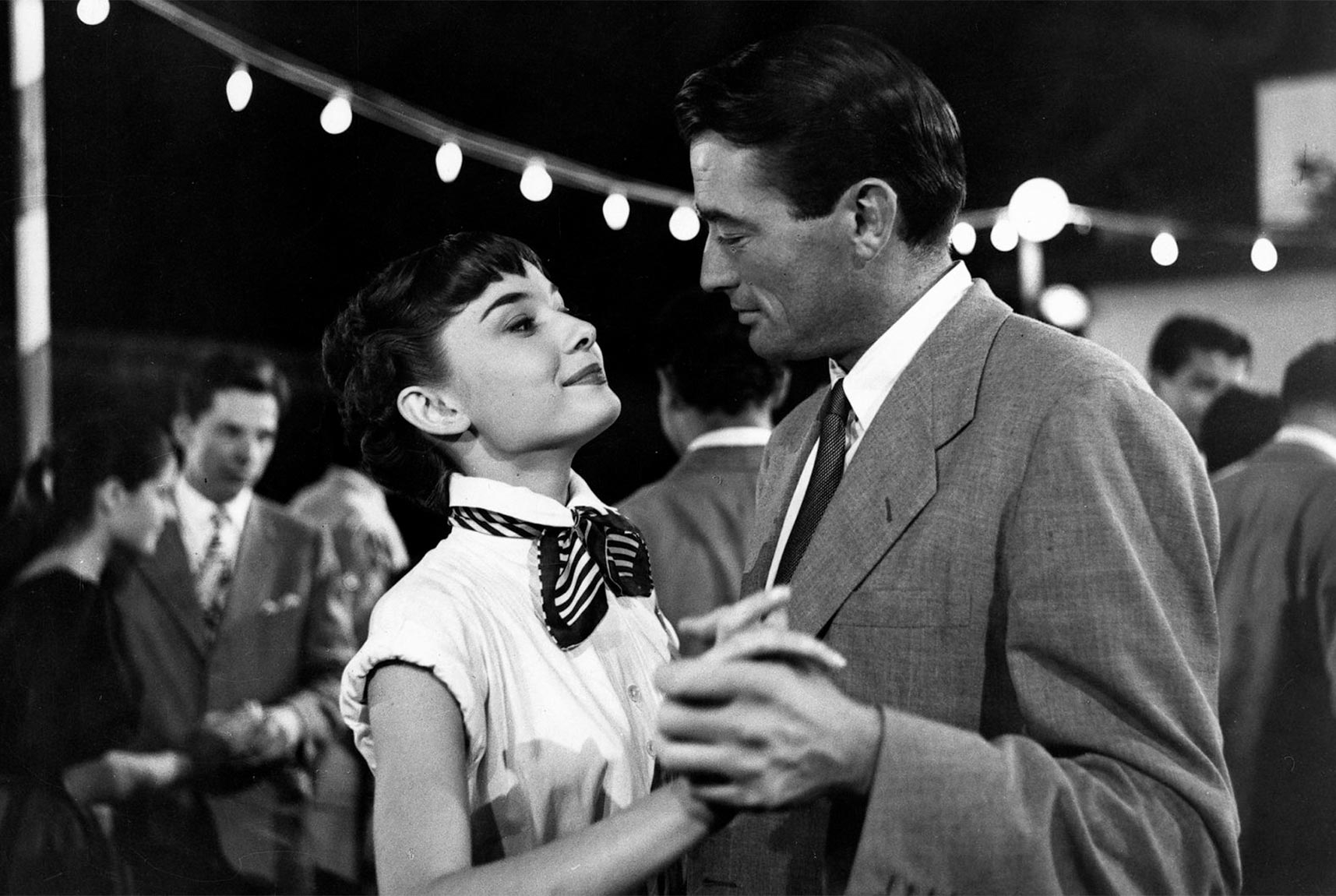 Between Rome and the cinema there is a long and corresponded love.
It is wonderful to walk around the city and discover the views and buldings that from the big screen have entered the heart and the imagination of all the lovers of the seventh art.
Audrey Hepburn and Gregory Peck on vespa in front of the Colosseum or with an ice cream in Spanish square, and again, the couple in front of the mouth of truth. Yes, they are the most famous scenes of Roman Holiday, in William Wyler’s movie.

The “dolce vita” has now become the symbol of an era and an entire city. The film of which its title represents the Italian cinema all over the world. Marcello Mastroianni and Anita Ekberg walking in the Trevi fountain: perhaps someone will not remember the title of the film, the DOLCE VITA, or the name of the director, Franco Zeffirelli, but he will certainly recognize the iconic image and associate it with a sweet Roman night. This is the magic of cinema, giving shape to a dream in which everyone can recognize a little of himself.

If these re the most illustrious examples, we cannot fail to mention the Oscar award by Paolo Sorrentino, the Great Beauty, in which the director tells the most unconventional and showy company in the city of Caput Mundi, but of which it is not possible to set aside the beauty and the fascinating charm. It is not possible to mention all the places described in the film, so we choose a couple particularly dear to us, the first is Via Veneto, a few steps from Magica Luna, an indispensable glimpse for almost all the film that tell about Rome. The secondi s the Aranci Garden on the Aventino hill. Here, from the look of the door of the Priory of the Knights of Malta, for a perspective game realized thanks to an allée of plants, it is possible to see the Dome of St. Peter.

Needless to say, a guided tour on the traces of the most famous films set in Rome could turn out to be an unusual and fascinating itinerary, able to reveal the city from a very particular and captivating point of view for movie fans, and not only.

The moon over the Colosseum