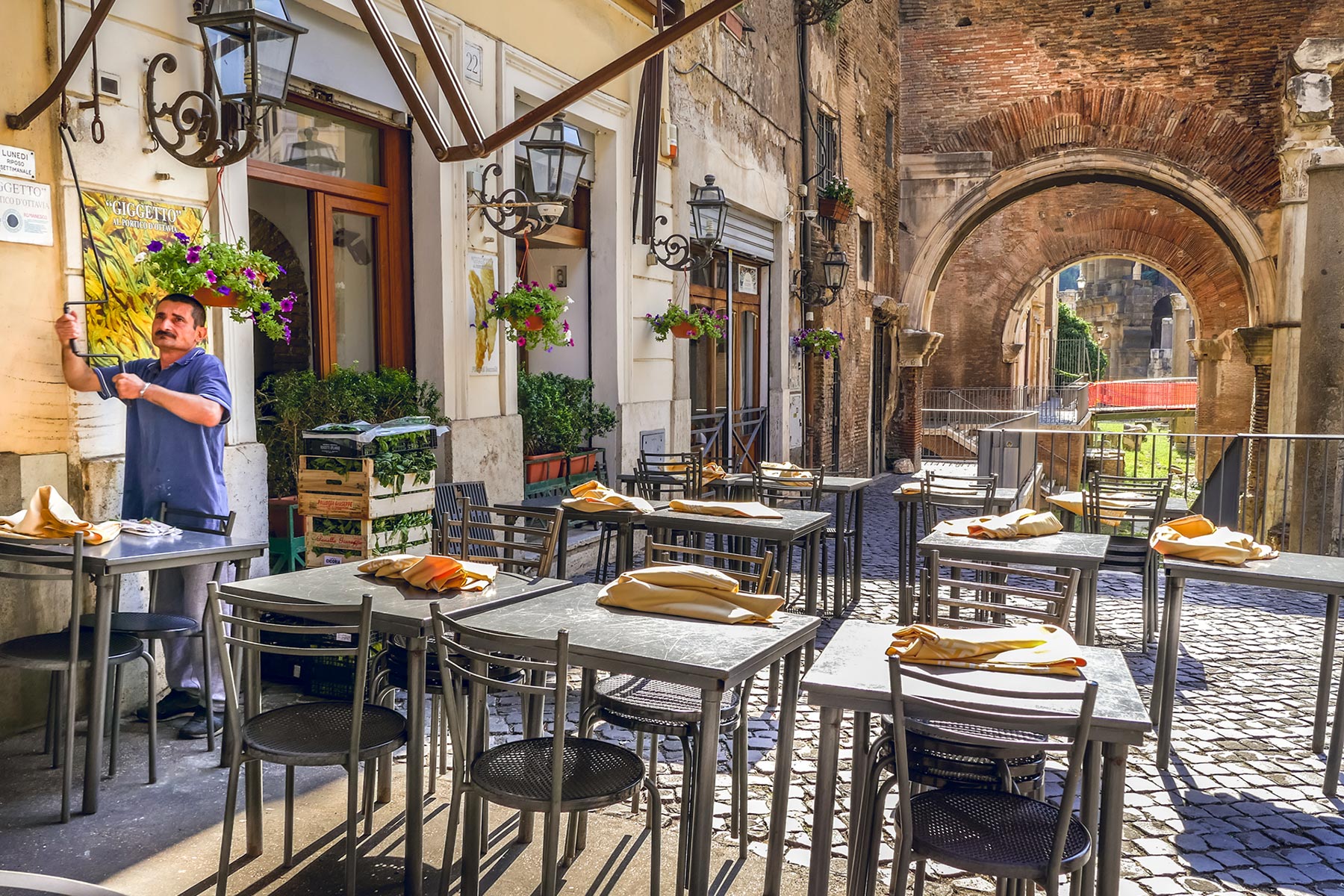 Discovering Rome at the table is an opporunity not to be missed during your stay in the Capital.
It is perhaps the symbol of Roman gastronomy, the artichokes or rather in the Roman dialect of Lazio IGP, even better the “mammola”, as the Romans call it. Round, soft, without thorns, this artichokes can be eaten whole, without waste. The main recipe of “mammola” is the famous “artichokes alla giudìa”.

The very name of this dish refers to the Jewish tradition. The ghetto of Rome is one of the oldest in the western world, second perhaps only to that of Venice. Enclosed between Tevere and Venice square, it is worth visiting.
To be seen in particular: the Synagogue, with the Jewish Museum and the Spanish temple, the Porticus Octaviae, dating back to the 2nd century BC, the fountain of the turtles, in Piazza Mattei.
Around the fountain hovers a legend: it is said that the Duke Mattei, to convince the future father-in-law to give him his daughter as wife, had the fountain built in just one night, so as to demonstrate all his power. The turtles that give name of the fountain would be an addition by Bernini.

From the Jewish culture the Romans also borrowed some aspects that today are characterized by their cuisine. The most famous disg is certainly that of the Jewish artichokes, whole friend artichokes, which were traditionally prepared after the 24hr fast of the Kippur.
The recipe is not complicated. The artichokes should be cleaned and sprinkled, pressed well the surface to enlarge the leaves and dipped in hot oil. The secret to obtain particularly tasty and golden artichokes is to make a double frying, the first at a lower temperature to cook evenly, the seconda t a higher temperature to make the leaves fill.
Lastly, drain, salt and…enjoy your meal!!!

Eco friendly inspiration
The moon over the Colosseum